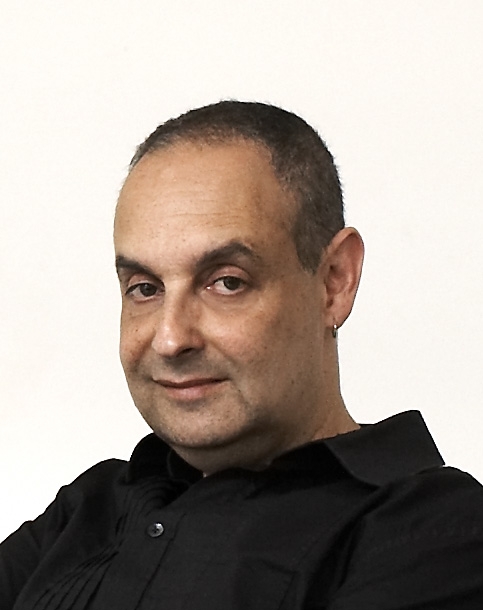 There are retail greats who have inspired us in the past and those who will no doubt do so in the future.

The series is produced to celebrate their achievements and to take learnings  from their success into our own businesses.

News headlines regularly espouse the ‘death’ of retail as on-line sales take a larger share of the consumer dollar. But has anyone questioned why certain stores fail and others continue to hold the consumer’s imagination? When retailers look for answers as to why the ‘figures are well down’, they should start by looking at successful retailers from the past. Yes, it’s true that there wasn’t competition from the Internet. But what they offered was a retail experience, something that lingered well after the customer’s purchase was beautifully wrapped.

Since retail has morphed with the Internet and become global, one should look to the past, to a time when mail order was popular. Biba, founded in 1963 by Barbara Hulanicki, transformed a small boutique with a mail order business in London into one of the world’s hottest places for retail. Her affordable mini-skirts and knee-length patent leather boosts were a must for the young office workers, who put a few bob away every week to enjoy this shopping mecca. The store, with its vintage furniture and over scaled potted plants, captured the spirit of the Swinging ‘60s. When Big Biba opened in 1973 in Kensington High Street, the sheer number of customers meant that dressing rooms had to be shared, at least if you wanted to make it back to the office on time! As well as offering the full gamut of fashion, Big Biba provided everything from cosmetics to the latest ‘granny-style’ lamp and crocheted cushions for the home. If you happen to have been at Big Biba in November 1973, you might have even been entertained by the New York Dolls, performing in the department store’s Rainbow Room, a 500-seater operating as a restaurant during the day and a music venue at night.

Australia didn’t have a Biba store, but there were retailers who found inspiration from people such as Barbara Hulanicki. There was the House of Merivale & Mr. John and later stores, such as Masons, having two boutiques in Melbourne and two in Sydney. Piero Gesualdi, who founded Masons, was the first to bring now international names, such as Jean Paul Gaultier, Down Under. The windows of his stores were treated as ‘theatre’, with this writer clearly recalling the lavish Bourke Street window, one including a chandelier placed on its side as if defying gravity. Other times, Gesualdi used early 1980s furniture, such as the iconic Torso Chair, designed by Paolo Deganello in 1982, as a prop to display his cutting- edge fashion.

Fast forward a few decades to when Gesualdi opened his retail store, Mondo Piero, in Brunswick Street, Fitzroy. “I’ve always wanted an emporium-style store filled with things that deeply resonate with my aesthetic,” says Gesualdi. He not only has a gift for identifying unique design, but also, having studied architecture, a flair for interiors. The rear warehouse, for example, still retains the original timber trusses and soar tooth roof. Curvaceous mild-steel bookshelves, designed by Gesualdi, create a centerpiece for the emporium and frame the revolving ‘feast’ of designs be this a chair, an objet d’art or fine Italian linen. “It’s about creating an experience, as much as searching the world for some of the finest things, ones that I’ve always wanted to have myself,” says Gesualdi.

Although Gesualdi, is now, unlike with Masons, mindful of the internet which he has embraced, he is also conscious of the importance today of creating ‘theatre’. “People come in and are wide eyed, even though they’re often well-travelled,” says Gesualdi. He quickly admits Mondo Piero is not a gallery’, but offers some of the same responses. “It’s like art in a way, where people come in, appear pensive and take the time to look. It’s obviously not a gallery so people can also enjoy touching the merchandise. You simply can’t create the same experience with the internet,” he adds.

One experience that is enjoyed by a number of fashionistas won’t be found on the High Street. Located in McGrath’s Lane (off Little Collins Street to the east of Exhibition Street), Eastern Market Fabrica (factory in Italian) is the brains of fashion duo Stephen McGlashan and Lucinia Pinto. Reminiscent of a bespoke clothing factory, the store represents some of Europe’s most innovative and forward-thinking fashion designers in both men’s and women’s wear. Paul Harnden, Carol Christian Poell and Elana Dawson can be seen on the steel racks. Once thought to form part of a telephone exchange, the lofty space, approximately 145 square metres in area, was fairly raw when the lease was signed. Rather than conceal the building’s history, McGlashan and Pinto created a pared-back space with two steel drums functioning as the change rooms. In contrast to the raw and industrial drums, McGlashan illuminated these with French chandeliers. Battered Victorian furniture, with chairs exposing their seams and stuffing, add to the honest and raw feel of the store. “I think people normally buy this furniture to upholster in the fabric of their choice. But Stephen and I prefer to see how things are made and look inside,” says Pinto, who carefully examines the inside of a garment as the outside. As well as clothing, predominantly black to suit the Melbourne scene, there are objet d’art and unusual sculptures on the concrete floor, including an artwork by Martin Hodge and a steel bench by Michael Needham. Unlike most stores and boutiques today, East Market Fabrica services its clients on a one-to-one basis, with the internet not forming part of its business plan.

A similar and equally personal approach can be seen at Lieutenant & Co., located in Little Collins Street, Melbourne. Recently covered by this writer for The Age, there’s a sense of something quite unique in this pint-size store. The store’s owner, Davy Zhu, captures the feeling of this store, inspired by retail from the 1940s. A black and white photo taken of J.C. Penney’s first store in New York was one of the starting points for the fit-out. There’s a 1940s cash register in the mix as well as store fixtures and fittings from this period. As said by Zhu, “My first connection to the 1940s was seeing images of the 1939-40 World Expo in New York. The images shown were men wearing pleated trousers, white socks and black US Navy-style shoes,” he says. Men’s clothing, predominantly sourced from Japan, forms part of the stock at Lieutenant & Co. And rather than being greeted with ‘Can I help you’, a standard retail question, Zhu enjoys explaining the clothes in the store and the fixtures, all coming from a great story, and one with history.

Tony Newsham, who founded the Trellini menswear stores in Melbourne and in Sydney, made an indelible mark on the retail scene from 1977, when his first store in Bourke Street opened. “For me, it has always been about finding the right product, something that I truly believe in and want to see,” says Newsham, who was appointed Vice-President of Comme des Garcons towards the end of the 1990s after closing up shop Down Under (Newsham was the first to purchase Comme in 1982, two years after Rei Kawakubo present her deconstructed fashion on the catwalk in Paris). Newsham is now getting behind Japanese fashion designer Shiro Sakai, who worked with Comme for almost 20 years.

Those who were fortunate to visit the Trellini store at 169 Bourke Street, including this writer, will recall the sense of occasion in visiting and being delighted in the merchandise and the meticulous detail in each display. Tissue paper enveloping some of the items, such as shirts, occasionally selling for $500 each, put them in the rarified category. “One guy came into the store, picked up that shirt and scoffed at the price,” says Newsham, who suggested that he try it on, free of charge. “He bought it at that price,” he adds.

Newsham says that there are five ‘p’s’ to succeed in retail. They are ‘product, position (in a store), people, persistence and profit’. “You need the first four to have profit, but as important is the ability to convey a ‘story’ behind each collection. These days, Newsham deals with leading retailers, such as Bergdorf Goodman in New York, which stocks Shiro Sakai’s collections. On the local scene, he admires stores as the Marais, at the top of Bourke Street, just a few doors up Bourke Street from where the Trellini dream first started. “It’s a great concept store and they’re creating their own world, rather than following, in a similar vein to what we did decades before,” says Newsham, who has also seen a significant change in the way retail now operates. “The Dover Street Market used to be extremely minimal, with concrete floors and white walls. It is much more eclectic these days, with smaller spaces within each store offering flexibility and a different ‘voice’ depending on the fashion that’s being shown,” he says. “Retail is far from dead. It’s that it has changed with the internet and some stores, such as Comme, need that ‘bricks and mortar’ experience. How can you possibly sell a dress with three sleeves in the internet? You need to have someone explain to you on the shop floor how to wear such a piece.”

Other retailers have also left an indelible mark on the retail scene, including Joe Saba, who played opera in his Bourke Street store. Those that claim retail is dead should take the time to visit some of the ‘new kids on the block’, such as Lieutenant & Co. or Pickings & Parry, located in Gertrude Street, Fitzroy. Combined with an old-fashioned barbershop, the fit-out is aimed at ‘hipsters’ who have the time to explore the store and pamper themselves at the same time. Stores such as Aesop have also made their mark in numerous cities not only in Australia, but also worldwide, using leading architects and designers to create stores that speak of the local culture, as much as to the specific Aesop products. Leading architects such as March Studio, was responsible for Aesop’s first store in Paris, while Kerstin Thompson can take credit for the company’s Bourke Street store, the latter being evocative of the 1930s building in which this store is located. However, retail today requires considerably more effort than ‘So, how has your day been?’ These naf questions from sales staff will certainly add another nail to the ‘retail coffin’! “It’s about the pursuit of excellence in any industry, whether it’s retail or any other field,” says Newsham. “Retail, like everything else, is in the detail. It’s about getting excited about things, whatever you happen to be selling,” he adds.