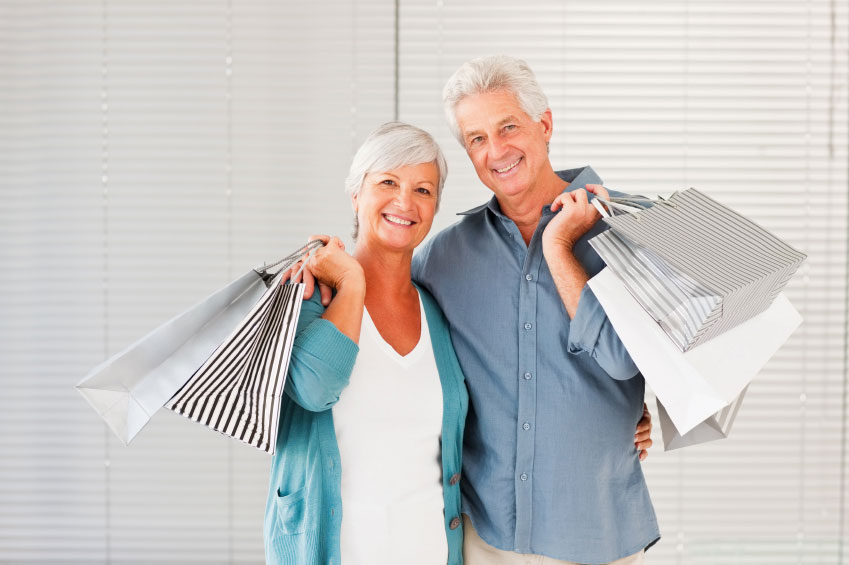 I hate to point out the blindingly obvious but quite a few things drop by the time you are 58.

Are those Gucci bags under your eyes ‘darl? Does your belly resemble a barrel rather than a six pack? If yes, then you will know what I am talking about!

However there is a more serious side to all of this – because around the age of 58 your spending patterns also change – and I have a feeling there are many retailers who may not be anticipating this.

ABS statistics on personal consumption expenditure (PCE) can be analysed across age groups and product categories and some of the results are quite remarkable. Considering that the Baby Boom population bubble is such a large percentage of Australian consumers, the effect of changing expenditure patterns on retailers is magnified.

Harry Dent, an American futurist, has for many years produced economic forecasts based on projected populations and consumption expenditure and his logic is difficult to fault. Retail spend is a direct function of these two factors and most of our economy is driven by consumer income and expenditure – right back to raw materials and primary production. Even government expenditure is driven by the same source in the form of taxation.

Dent’s book, The Great Depression Ahead, makes sobering reading, especially his demographic and expenditure forecasts. The US economy has more to deal with than the GFC . A huge proportion of consumers who have sustained the post war economy have begun to display some seismic shifts in retail spend.

Australia is in much the same predicament.

Let’s take a simple example. The average expenditure on gutter cleaning products increases with age – no surprises there as I think my reluctance to stand on a wobbly ladder with the possibility of breaking one of my Baby Boomer limbs.

Expenditure on apparel starts to level off and then decline quite sharply between the ages of 55 and 60. Again this trend is hardly surprising as we start taking life a little easier and our figures look better draped in comfortable rather than fashion-first clothing.

Expenditure on groceries, homewares, electronics, appliances and a host of mainstay categories in retail start to show the same effects – a levelling off and then sharp decline in average expenditure.

As we age we probably do spend a little more on eating out, wine, travel, golf and a whole bunch of leisure activities, but they hardly going to keep the cash registers at Coles, Woolworths and Myer ticking along fast enough.

Children’s apparel and toys probably benefit as we morph into totally indulgent grandparents (I can personally relate to this one) but again there are limits to how many spoilt grandkids there are and certainly there are not enough to create another Baby Boom to the same extent as my generation.

Expenditure on health care shows a very different trend as you would expect and a surprisingly large percentage of your lifetime expenditure on medication and medical bills will be spent in your lat few years of life.

Older people save a little more and are much more conscious of the limitations of their super in the face of prolonged life expectancy – so they think twice about spending at retail.

A few weeks ago Deidre Macken wrote an interesting feature in the Australian Financial Review titled What Shoppers Really Want. In an interview before the article was written, Deidre and I discussed what she called ‘…seismic rumblings beneath the foundation of retail.’ I shared her view and we went on to discuss the future of shopping centres, strips and new forms of retail precincts that we are working on such as airports, stations, leisure and healthcare.

Certainly the GFC presented some short terms challenges and the property industry experienced many ‘rumblings’ regarding their retail portfolios. Retailers are certainly under threat from sluggish spending and online competition.

But I wonder if anyone really understands the size of the impact on retailing over the next 20 years as my generation stops spending.

I add the question: What will customers actually spend – and on what?

The answer may surprise us all I suspect.

So what does this all mean for retailers, shopping centre owners, property developers, manufacturers and a host of other industry segments that rely on the single largest component of our economy?

Get closer to understanding consumers, their needs, habits, preferences and spending patterns before you make your next major strategic decision. Consumers are the engine room of our economy and there are many opportunities in the future for those businesses who really get in touch with they want.

At 58 I can recall good and bad times in retail. I have seen 3 entire boom/bust cycles since I started my retailing career in the 70’s – but I can’t remember where I lost my car keys!

At 58 I am spending differently – and so are another 5 million of us.